The Indian government is likely to auction off the 5G spectrum in India in early June this year. Speaking to reporters, Telecommunications Minister Ashwini Vaishnav said the Department for Transport was working to the planned deadline and the focus is now on addressing industry concerns around spectrum prices. Vaishnav said that we will work according to our deadline to hold the auction.

It is worth noting that the Telecommunications Regulatory Authority of India, TRAI, has drawn up a comprehensive auction plan for the 5G spectrum worth over Rs 7.5 lakh crore, which includes the base price of radio waves in multiple bands.

GOI May Auction 5G Spectrum, May Be Auctioned in Early June 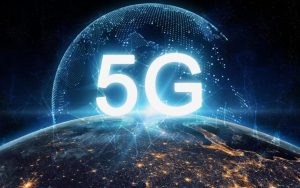 It will be awarded over a 30-year period. TRAI’s plan includes the auction of one lakh of MHz spectrum for a period of 30 years. The auction value of the spectrum over 30 years is Rs 7.5 lakh crore. But if the government decides to allocate 5G spectrum for 20 years, the total value of the proposed spectrum auction will be around Rs 5.07 lakh crore.

The PTI report also said that TRAI has reduced the spectrum price by about 39 percent compared to the previous price after the country’s telecom operators Reliance Jio, Bharti Airtel and Vodafone Idea complained about the rates offered. . It is. However, the 5G spectrum in India was higher than global standards.

The Telecommunications Minister said that the Digital Communications Commission will make a final decision on the TRAI recommendations.

It is worth noting that earlier this year reports had said that the 5G spectrum auction would take place in May this year. However, there was a slight delay after which the regulator presented its recommendations earlier this month.