Xiaomi Redmi 5A – Today (30/11/2017) Xiaomi has been teasing the launch of most awaited “Desk Ka Smartphone” budget friendly smartphone in India. Finally, Mi has launched the smartphone officially on FlipKart, and it’s none other than the Redmi 5A smartphone that was launched back in China in October 2017. 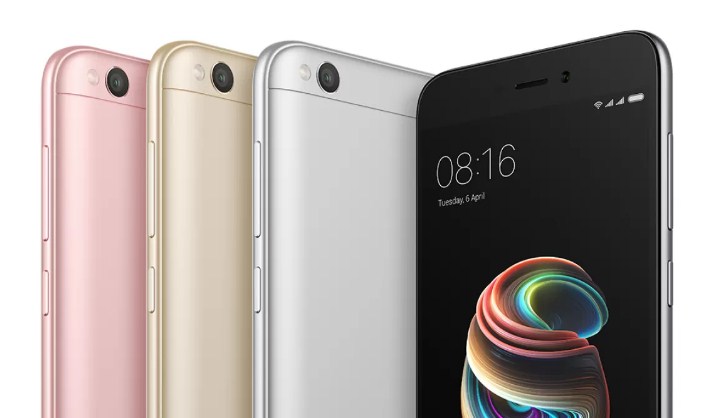 The Redmi 5A is seems like the successor of previous successful phone from Xiaomi 4A smartphone that was launched in India back in March 2017. The main highlights of the Redmi 5A is that, it is Made in India that means everything manufacturing to assembling happening in India itself.

Xiaomi Redmi 5A Price in India

Xiaomi Redmi 5A Specifications/Spes [Both Variants]

The Xiaomi Redmi 5A has all the specifications similar to the Redmi 4A. It flaunts the same 4-inch screen with the same resolution of 720×1280 pixels that further extends to a pixel of 296 PPI. It is powered by the Qualcomm Snapdragon 425 SoC that handles by 2GB/3GB of RAM and 16GB/32GB of Internal Storage.

The best thing we and all Indians will loved about this phone is that, it comes with dedicated microSD card slot and in simple words and you can now use Two SIM Cards along with one MicroSD Card upto 128GB support by phone.

The connectivity options in the smartphone include 4G LTE, VoLTE, Wi-Fi 802.11 b/g/n, Bluetooth, GPS, and a micro USB port for charging and data syncing.

The Redmi 5A comes with Android Nougat that is based on MiUi 9 out of the box, and it even has an IR Blaster for remote controlling functionality.

Both variants come with 3000mAh battery that is a downgrade compared to the 3120mAh battery unit that comes with old version Redmi 4A. But Xiaomi claims that Redmi 5A will give you 8-day Standby Time tough.

Xiaomi Redmi 5A Availability in India

Xiaomi mention on FlipKart that Redmi 5A Desk ka Smartphone will be available for all Indians starting on December 7, 2017 on Mi.com and Flipkart. Also, the company promised to make it available in all the major retail stores and Mi Homes across the country.