Web scraping is the act of using an automated script to download and parse data from a web page. Web scraping can be used for many different reasons, but it’s typically done to gather large amounts of information that would be time-consuming or even impossible to manually enter into a computer.

What Is Web Scraping and What Is It Used For? 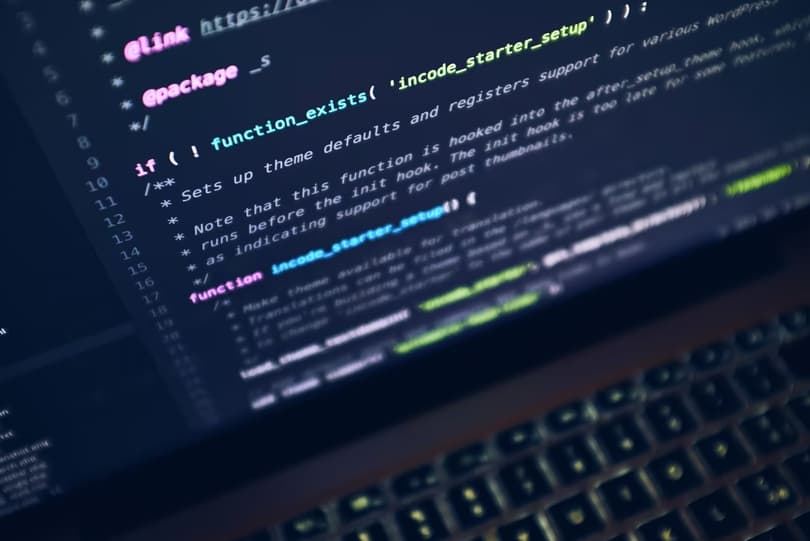 The most common example is when you see search results that have multiple pages, where the first few are links to other pages with more results. Those are usually automatically generated by a web scraper because there are too many results for one page.

Why use web scraping?

Many websites contain a lot of information that we may want or need. Sometimes we can download and save the website to our computer and parse through it, but in most cases, this is not possible. Web scraping allows us to pull in large amounts of data from external sources to use in our applications, such as:

Web scraping is highly useful for each of these tasks. In some cases, it may be possible to download and store the information locally after you parse out what you want from it. However, this is very time-consuming if there are large amounts of data or numerous websites. Web scraping allows you to store the entire contents of a website and query it any time you want.

Web scraping can also be used to parse through different websites, checking for specific conditions and reporting what we find. For example, imagine you run a blog and want to make sure no one is copying your articles word for word without giving you credit. You could scrape Google to find all of the instances where people have copied your articles and submit DMCA notices to get them taken down.

In many cases, web scraping is used for product promotion. This isn’t always seen in a negative light, but companies often don’t want products and services they offer scraping their websites and competing with them directly.

One of the most common uses for web scraping is gathering information about an individual or group of people that can be analyzed. This type of information could include hobbies, interests, social media accounts, dating websites, etc.

Web scraping is also very useful for gathering large amounts of financial data between different companies. For example, let’s say we wanted to find out who has the cheapest pricing on a particular product. We could scrape several different websites to get prices for that product and then create an average price based on what we found. This would allow us to see which companies are actually offering the lowest costs when compared with all of their competitors.

There are many different web scraping tools available today, ranging from open source to free and all the way up to very expensive. Some of these tools are more common than others. You’ll also see that some of them require programming knowledge while others can be used by just about anyone who knows how to use a computer.

– Jsunpack is one of those web scraping tools that doesn’t require any programming experience. It was designed to be used by everyone, not just webmasters and programmers. The site allows you to paste in a URL for the data that you want to scrape. From there, it will show what it finds on the page including images, CSS files, stylesheets, scripts, etc. You can then export it as a CSV file if you want to do any sort of data analysis.

– Mozenda finds and downloads website pages, images, PDFs, Excel spreadsheets, videos, and more. They also have an API that allows you to build custom scrapers and apps for specific tasks and websites. This is one of the more expensive tools on the market, but it makes it easy to gather data from any site.

– Icelab has many of the same features as Mozenda and other web scraping tools. It will find information on websites including images, PDFs, stylesheets, scripts, and other files. You can choose between exporting data as a CSV file or having it automatically loaded into a spreadsheet.

– Scrapy is an open-source web scraping tool that uses Python programming language. It’s actually one of the most popular programs for web scraping. You can set up scrapers using JSON, XML, or custom methods and run them directly in your browser if you’re only interested in small amounts of data. This one definitely requires programming knowledge to use.

– Python is an open-source web scraping language that allows you to build spiders using its built-in libraries and extend them further with third-party modules. This requires programming knowledge but doesn’t require users to learn the full Python programming language or install it on their machine.

– import Html will scrape HTML documents for common data elements such as titles, links, and images. It is useful for reading content from a given website or domain and can extract information where certain text patterns are found. If you’re looking to scrape thousands of websites for this type of data, importing Html is an excellent choice.

Pros and cons of web scraping

When you look at all of the ways that you can gather data from a website, there are plenty of options available. Every method has its own advantages and disadvantages though so it’s good to learn what these are before starting your project.

– One of the biggest pros of web scraping is that you can gather data from websites without them knowing. This allows you to gather data from private websites and other places where you wouldn’t be able to get it otherwise. Gathering this information might break the terms of service for some sites so there’s also little chance of getting in trouble with your ISP or web host.

– Unfortunately, gathering data through web-scraping can sometimes lead to blacklisting and account suspension. There are also some sites that will detect web scraping and block you entirely.

– Because web scraping can be done without any login credentials, it’s easy to gather huge amounts of information in a very short time period. You can scrape multiple pages on different servers or visit all subpages on a given website with no issues. This is especially great for gathering data for backlink analysis.

– Another nice thing about web scraping is that it’s easy to do requests in parallel if you’re working with a large enough website. This means that the time needed to scrape huge websites can be greatly reduced.

– There are times when scraping data from different sites can lead to some security problems like cross-site scripting (XSS) or cross-site request forgeries (CSRF). These two types of vulnerabilities can make it possible for hackers to inject scripts into your web application and steal data.

– Since many websites use JavaScript, scraping dynamic sites is only effective if you know how to extract the information you need. You’ll need experience with browser automation and programming to accomplish this type of scraping.

– If you need to scrape a single-page application (SPA), it can be very difficult because these sites use JavaScript extensively. Also, using the DOM instead of XPath will be difficult because you’ll have to parse HTML output directly rather than identifying the location of elements on a page.

Web scraping is a popular technique for gathering data, but it isn’t without its drawbacks. There are many different kinds of web scrapers out there and they can be used in various ways depending on the desired outcome.

While some people use them to track their competitor’s social media or find new clients, others may want to scrape information about individuals that could compromise someone’s privacy.

If you’re considering using this tactic (or if you already have), make sure you know how it works before jumping into anything too big!