If you want to play the Suldal Harbor map successfully, we got you covered in this article and Suldal Harbor Tips with Call of Duty Modern Warfare. This map is small and accommodates 6v6 matches. This means that a team of two comprising six players will face one another in close-range confrontations.

If you’re afraid of how to move, guns to use, tips, tricks, and the perfect game style to adopt, keep reading. But, first, we encourage you to grab the best cod modern warfare hacks from experienced programmers. Then use our tips and below to optimize your time on the map for the matches.

If you’re ready to give the best performance, check our tips below.

10 Suldal Harbor Tips to Win Every Match in COD 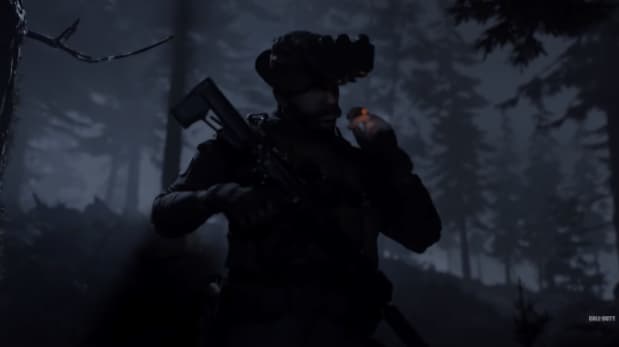 One of the first things to do is learning the map. You can’t play it well if you don’t know the layout. Studying and playing Suladal Harbor will make the design simpler to understand and utilize against the enemies. At least, you can identify the ambush points, if nothing else.

The reason to always get your gun choices right is that COD involves a lot of shooting. It’s not like the survival games where you can focus on food, shelter and avoid killing others. Therefore, we recommend using guns that suit close-range fights. SMGs and Shotguns take the lead when fighting on the map. SMGs are capable of tearing walls and killing enemies behind cover. Shotguns also can deal lots of damages. So, any of these weapons are good for you.

This building is at the center of the map. If you can make it to that location, you will have more control over what goes on around you. If you spawn as a team, make sure you work with your team to take charge of the office building. By combining shotguns, submachine guns, and others, you will build a formidable force against the enemy team. You can also utilize the building when playing solo modes.

Exposing yourself to flying bullets won’t do you any good. So, we recommend locating higher grounds on the map and fighting from there. Some of the good spots available can be the wooden crates at Guard Booth, the shops at Courtyard, and the alley closer to the forklift. All these places can help you to run away from ground fights and also stay out of danger.

If you want to take the enemies off-guard, make sure you flank them. Even the ones camping in the warehouse can be flanked out. Simply target the Guard Booth location to get behind them. Many players find it hard to cover that area. So, if the main routes are not open to you, look for other ways to move around them. Get behind your enemies like you can do GTA 5 too, here you can download GTA 5 for mobile and try it as well.

Since the map is a bit boxed in, there will be many covers for the players to duck and dive. Also, the corners of the map can help your team to outsmart the enemies. But don’t forget to use weapons that won’t weigh you down when you’re moving from one cover to another. Moreover, when using corners, approach them with caution as other players might be there too.

We’re not saying you should move away from your teammates. But this map is not large and can facilitate a quick death. As such, you don’t want to make it easy by following the same part while moving. Instead, try to mix things up a bit and divide yourselves into different parts.

One of the suitable ones for the Suldal Harbor map is the smoke grenade. You can throw it when the fights get too tough for you. Also, it can help you when changing positions to mask your character. That way, you can blind the enemy momentarily and save your skin.

Grab Specialist perks and change the tune of the game to your favor. This package has everything you ever need including weapons perks too. Some of the perks that can work great magic on Suldal Harbor include Spotter, E.O.D, Amped, Quick Fix, or any other combo you’re comfortable with for the game.

One of the things that can help your team in fights like this is to draw your perimeter and guard it well. Don’t fight without direction on the map. Utilize both the shotgun players and the submachine gun guys to protect your line. While the close-range guys can fight the enemies pushing closer, the snipers or submachine gunners can fight from afar.

This map might seem complicated at first. But when you play it for some time, it will become clearer. Don’t forget that it is not large and you will have to fight enemies in close-range fights. So, utilize the Suldal Harbor Tips we shared above and have a great battle ahead.