Madalin Stunt Cars – There aren’t many games that focus exclusively on stunts. There are plenty of racing games where stunts are possible, most notably the Burnout games, but those are still focused on finishing first in a race.

Don’t you wish there was a game that would dump you into a huge open-world map full of crazy obstacles and let you go wild? You’ve come to the right place, as we have a game that does just that – Madalin Stunt Cars 2. 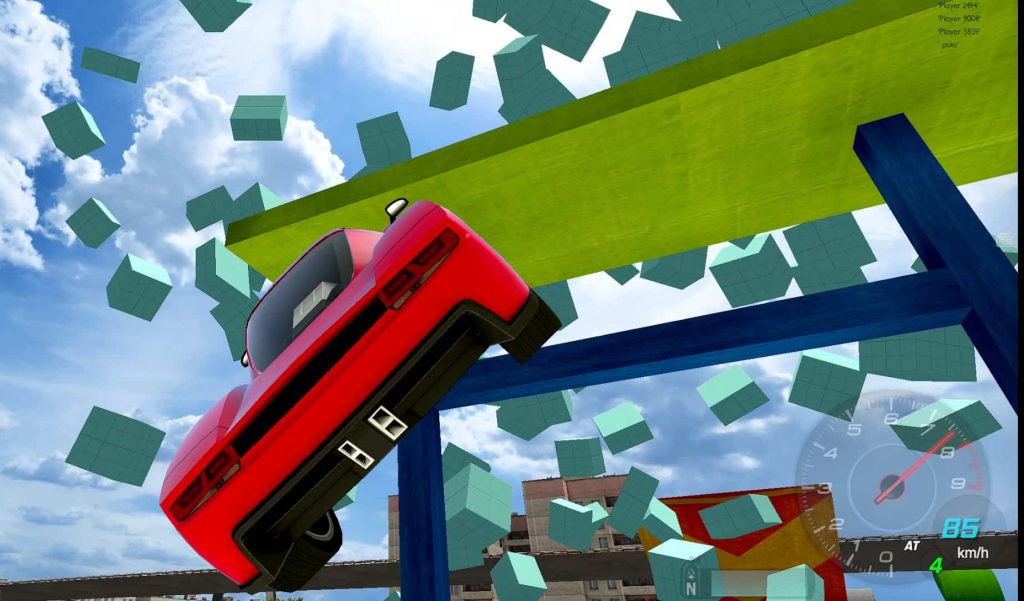 This incredible game has put a smile on my face every time I’ve played it, and I think it’ll do the same for you. Here are some features that make Madalin Stunt Car so enjoyable.

When you first start Madalin Stunt Cars 2, you may do a double-take. It runs entirely in your browser, but it looks like it could be running on a gaming PC or a beefy new console.

Each of the almost 40 cars at your disposal is incredibly detailed, with different materials handling the light sources from the starting garage in different ways.

Glossy paint shines and reflects its surroundings, carbon fiber diffuses that same light, and the windshields shine while transparent. It’s an awe-inspiring feat for a browser game and adds quite a bit to the experience.

Madalin Stunt Cars 2 doesn’t ask anything of you. There are no objectives or other racers to dominate. All you have is your car, a large map, and seemingly endless stunt opportunities. And that’s all you have to do, pull off as many stunts as you can, for as long as you want, absolutely no stress.

We think you’ll agree that’s a nice change of pace from most available games today, and I’ll often find myself going back to Madalin Stunt Cars 2 over a long-winded full game if I have just a few minutes to spare.

If you start to get lonely, Madalin Stunt Car 2 also has a multiplayer feature, where you can have friends join you on that massive map to do stunts together! Of course, the same rules, or lack thereof, apply. No stress, just stunts.

With your friends, you can introduce a bit of competition by seeing who is capable of the best stunts, but that is entirely up to you and not tracked by the game. This makes Madalin Stunt Cars 2 an awesome meeting place to hang out with friends after school, drive some cars, and do some epic stuntin’.

These things combine to make Madalin Stunt Cars 2 a fantastic, entirely free experience for anyone who wants it. There’s no doubt that there’s a ton of game here, and anyone who indulges will find hours and hours of fun and stunts.

DH: MAX adds many improvements and new content, including save-game capabilities, making it a must-play.