The launch of the latest from Apple, macOS Big Sur, was one of the biggest highlights of WWDC 2020. Mac Big Sur is the eleventh in the long lineage of Mac operating systems. It is one of the most important updates in Apple’s operating system. After two decades, from version 10 to 11, it renews the whole MacBook experience. 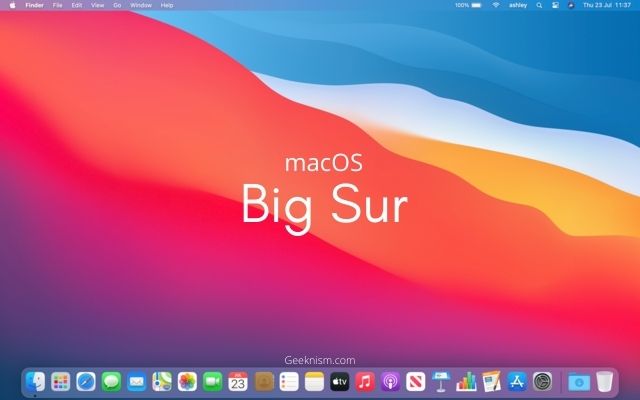 The official update will be released in the fall of 2020, available to all Mac users. However, if you are one of the most eager fans, you can install it through Apple’s public beta program. With the new update, Apple ensures that the list of issues will be much less compared to previous versions. Whether you’re waiting for the full official release or grabbing the beta right now, here are the best new features in macOS Big Sur.

According to Apple developers, it’s a substantial visual update in years. The designers have made sure to take care of every little detail of this new operating system. The fonts, icons, windows, toolbars, and more have been carefully stylized, giving them a more futuristic look and keeping them close to their heritage.

The menu bar now supports gradients, which change color with the wallpaper. On the other hand, the curvy shape of the base gives you more of an iPad feel, which makes them look similar.

However, if you take a closer look, you will find it; all the latest updates enhance the user experience. For example, many applications have more toolbars packed away, so they don’t use any extra space, making them look well organized.

One of the most criticized features of the MacBook pro is its Touch Bar. But one thing it does well is quick access to controls. If you need to adjust the system volume, a left-to-right slider is available at your fingertips.

Now this way of thinking has become part of the Mac OS Big Sur experience. On the screen controls, from volume to brightness, now use a similar horizontal slider. You can tell it’s just a small change, but if you’re already using an iPhone or iPad, you’ll know they are similar. This makes for a pleasant experience for both new and old Apple users.

The same mechanics apply to the notification center. If you’ve noticed the Mac’s System Preferences app, it’s always felt a bit out of place as it can bombard you with hundreds of notifications at the same time. But now the notifications of the same application are grouped.

When you are a Mac user, Safari becomes an important part of your Internet browsing experience. And Apple has finally decided to give the much-needed update with macOS Big Sur information. It promises faster page loading, better privacy controls, improved extensions, and much more.

The new MacOS Big Sur brings lots of welcome changes for its new and old users. With improved security and more control, it is a breath of fresh air.