Students have to compose different kinds of essays. A lot of their success is dependent on the topic. If it is relevant and they are enthusiastic about composing it, they will probably write a great piece. Thus, many students like topics dedicated to computer games because they adore playing them. However, when the adults ask them about the violent intentions they may receive from playing the games students get confused. They are simply not sure of that.

Accordingly, many professors assign their students to this important topic. It’s not that easy to cover. Under the condition, you experience trouble with this particular issue we will help you. Read the following essay produced by CustomWritings essay writing service to understand how to cover such tasks. 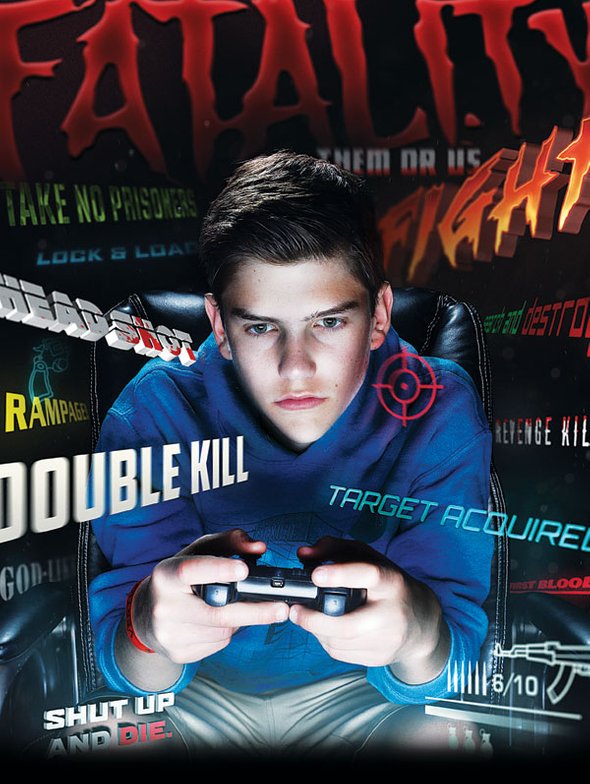 Many teenagers and even small kids adore playing computer games. One of the most popular genres is a shooter, as well as many other games with a lot of action, shooting, and killing. Most parents are anxious concerning this issue. They are afraid that these games make their children crueler and lead to acts of violence. If computer games encourage violence in children, we face a very serious problem that should be obligatorily resolved.

The popularity of computer games is indisputably huge. Millions of people from all around the world play different kinds of video games. They are popular regardless of age and gender. Nonetheless, the majority consists of teenagers from 13 to 19 years and most of them are males. Most teenagers prefer such popular shooters as Call of Duty or Hitman. However, they also adore different fighting games similar to Mortal Kombat or Tekken. These games are based on fighting and shooting with a lot of blood and murdering. Accordingly, it isn’t really surprising that many people doubt the normal influence on the emotional state of children.

It’s a great matter of concern for many parents and they question specialists in the sphere of psychology. Some studies were conducted to define the truth and give a plain answer. Thus, Whitney DeCamp, an associate professor of sociology at Western Michigan University, made his own study and questioned 6,567 teens about their feelings after they played cruel games. The study showed some relation to the possibility of getting violent. The professor associated this factor with such factors as gender and family relations. He has determined that even very bloody video games do not predict violent behavior.

Another similar study was carried out by Iowa State University professor Dr. Craig Anderson. One of the theories claims that some people may get affected by video games because they are more vulnerable. Such people are less mentally stable and are naturally predisposed for obtaining some character’s traits promoted by this or that game. Vulnerable children are upset, detached and listen to their impulses rather than to the voice of their mind and logic. The expert recommended avoiding playing violent games.

In the meanwhile, the same types of people are likewise vulnerable to other negative influence. Violence in the street may induce even heavier effects. The best way to avoid this negative influence is to keep away from any manifestations of violence. It’s also worth mentioning the confirmed fact that video games don’t have a really ruinous influence on the general population.

Video games with violent content don’t turn children into monsters. Multiple studies prove this statement. They may be one of “possible” factors that benefit the development of violent behavior. Notwithstanding, there is no real evidence that such children will obligatorily become cruel and aggressive.

Some studies reveal an interesting fact about a short-term effect. Many children showed some clear signs of cruelty in their behavior soon after they finished playing a violent game. However, this effect doesn’t have a lasting nature. In most cases, it lasted for an hour or so. Consequently, this activity would hardly develop into something durable and consistent.

Fantasy violence isn’t that dangerous. During the process of gaming, children may imitate, imagine and cry out something violent. As soon as they finish playing, all their anger and aggressiveness fade away. Digital gaming stimulates certain nervous centers in our brain and promotes an appropriate reaction. It may be compared to a sporting competition when athletes do their best to beat other competitors. They may be pretty aggressive but all the negative emotions withdraw after the competition is over. The same goes for computer games.

Of course, regular gaming may lead to some mental deviations. For example, many children have violated sleep because their mind spends too much energy and nerves on the process of gaming. Nonetheless, there may be other factors that lead to such outcomes.

It is quite obvious that no study managed to prove a really negative influence on the minds of children. If people troubled with this issue would ask the government to disallow playing computer games, they would be bitterly disappointed. There is no clear evidence that video games really encourage violence in children. Multiple studies show that gaming may be one of the probable factors but its guilt is not yet proved. There are not enough proofs to confirm a legitimate ban. Therefore, all the parents can do is to restrict the time their children spend playing computer games with violent content.

Use this sample to compose essays dedicated to this and similar issues. Learn its structure and use tips for your own projects.