Being living in a world that is advancing at a rapid pace, you may have witnessed multiple inventions made by many local and multi-national companies that have caused a ruse everywhere. Although you can say most of these inventions were innovatively ground-breaking. However, you also have to agree that there may have been some inventions of a similar kind that have not been so great. Every company tries to create something better than the other company, making it a competition. 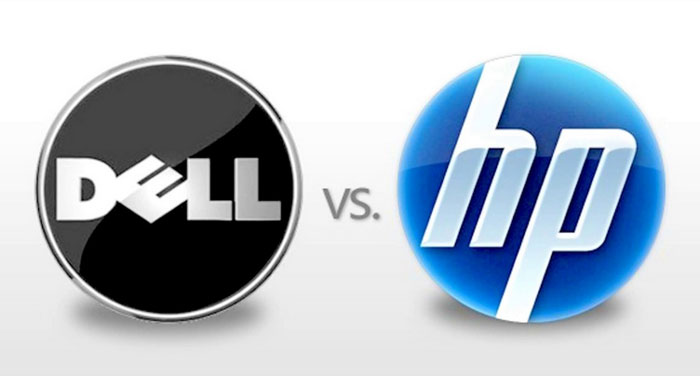 Take the example of the world-famous competition of Dell vs HP laptops. Laptops are one of the most problem-solving inventions you may have ever seen. They are like portable PCs that you can use wherever you like. You could use it at a café, on the, or even on a roller coaster (which might not be such a good idea).

However, when it comes to laptops, Dell and HP are the most affordable and compatible laptops. But you may still be confused about which one to buy because they are both good!

Don’t stress. To find the best choice, one must examine a few things beforehand such as the laptop’s components, location of manufacturer, design, etc. All these details tell you whether a laptop is useful for you, regardless of the brand.

How to Pick Best Laptop Between Dell and HP?

Since you are here to find out about Dell and HP laptops, let’s dive into the comparison between dell vs HP laptops, so you can decide which one works better for you.

Hewlett-Packard, also known as HP, is a widely known and famous technology brand that has brought many innovative inventions to existence. Thus, making it extremely easy for you to operate your computer or laptop. The company has come out with a wide range of laptops and computers for you with new and updated software that works efficiently, making your experience better.

Additionally, HP is also one of the earliest companies to make advancements in technology for the sake of inventing something to make life easier for you. They presented the world with top-quality features and strong systems at an affordable rate, even though the design was initially not great.

Observing the location where the famous HP laptops are manufactured, these locations include:

Now that you know some basic information about the famous brand, let’s look at their laptops’ features.

As previously mentioned, HP was one of the first companies to launch some genuinely strong systems, but the design was not so great. However, HP has improved its design to a much greater extent with new and innovative styles.

The best example of HP’s innovative design, mainly noticed in their more recent models, would be their Spectre x360 model, which featured professionally crafted hinges, giving it the ability to transform into a completely different device.

If we compare HP’s design with that of Dell’s, it is obvious that HP has a greater rank in design than Dell.

However, Dell has better hardware components than HP, such as CPU and RAM, even when HP laptops feature similar elements.

When it comes to HP’s customer service, there is no doubt that they always try to work harder to provide the best and the most helpful service to their customers. HP uses different platforms to help its customers, which include:

However, Dell takes the lead once again as many customers have complained about HP’s poor phone assistance and late or delayed responses to many complaints.

There is hardly any introduction required when it comes to Dell. As it is one of the many famous multi-national companies that have launched some of the best technological products such as laptops and computers with some of the most mind-blowing systems. Dell’s computing products, especially laptops, are particularly famous and are compatible with Microsoft Windows.

Many Dell users have claimed that Dell focuses more on the components, software compatibility and performance rather than design as earlier versions of their laptops has not been quite appealing. However, many users have also said that Dell has introduced some fine design to their laptops, for which the best example is their XPS 13.

Dell has finally started to produce more attractive laptops than it usually did which makes its competition with HP tighter.

Dell has been quite strong with the components; it fits into its products. Dell has been successful in adding components such as RAM, graphic cards, and processors that have the best quality and performance. Dell also provides a range of both pricey and affordable laptops, with the same high-quality systems making it stronger than HP in competition components.

About Dell’s customer service, customers have always praised its efficient and quick response to their troubles. Plus, Dell is so careful with customer support that it provides an efficient warranty with its laptops. In addition to this, Dell does not delay taking away products that prove faulty to its customers. So, you can only say Dell seems to be in the lead in the widely famous Dell vs HP laptops debate.

Both Dell and HP are famous brands with some of the best technological products. Although there are some differences between both brands’ quality and performance, making one better than the other. Additionally, these differences are always there with constant changes in quality. However, your job is to see which brand’s laptop suits you best even though both brands are quite good with their products.