The first-mover advantages are always at a higher level. Let’s head towards it!

Everything about Bullish and Bearish Flag Patterns 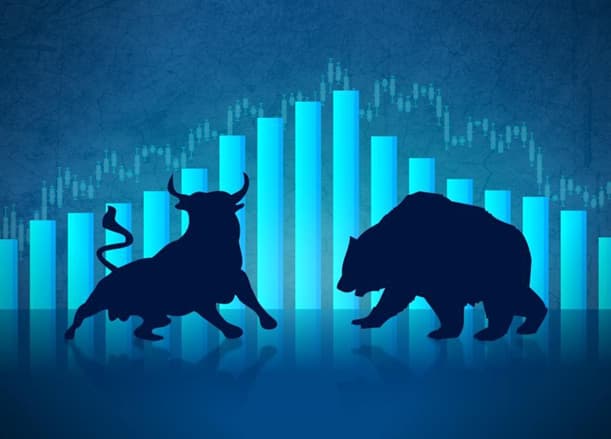 As already mentioned above that two patterns are observed while practicing technical analysis of flag patterns, such as

Let us know these trends/ patterns in detail:

Bullish flags are also known as upward patterns. The formation of the bull flag prevails in commodities with striking upward trends and continuation patterns. The reason they are named bull flags is that the pattern compares with a flag on a pole. The flag formation occurs from an interval of consolidation, while pole forms due to a vertical rise in stock.

As additional buyers enter the market, the bull flag forms, catching short-sellers off guard. Finally, the prices rise to a peak, climb, and form a retreat, with lows and highlights parallel to each.

After clearing the concept of the bullish flag pattern, now, it is time to understand it with an example.

The increase in price action occurs when the initial trend moves and subsequently decreases through the consolidation area. Although a tremendous volume rise is not always associated with a breakout, analysts and traders want to see one since it indicates that fresh investors and traders have entered the stock in a new wave of enthusiasm.

Bearish flags are also known as downward patterns. It is similar to a candlestick chart pattern in which the downward trend expands when the momentary break ends.

During a bearish market trend, the bear flag forms when the price declines, and this happens when sellers take control of the market. You can see the bear flag pattern when parallel upper and lower trend lines form a bear flag after an upward bounce or consolidation channel.

When it comes to elaborating the bearish flag, we take the example of the above pattern.

During the consolidation phase of a bearish flag formation, the volume does not necessarily decrease. It is just because the investors worry about dropping prices that tend to cause negative and downward prices. The greater the urgency for surviving investors to act, the lower prices get.

As a result, these moves have higher-than-average (and increasing) volume patterns. When the price stops falling, the increasing volume may not fall but remain constant, signaling a break in anxiety levels. The downward breakthrough in a bearish pattern may not be as striking as the upward breakout in a bullish pattern because volume levels are already high.

In closing, it is significant to keep in mind that Bullish and Bearish Flag Patterns do not always provide the same movement. If you evaluate trade targets through observing a replication of the first up or down move, the result may vary accordingly. Furthermore, the flag does not always have a smooth rising or descending channel.

What matters most is that the overall pattern adheres to the above-mentioned main phases. So, keep practicing the trading day and night for the best outcomes!